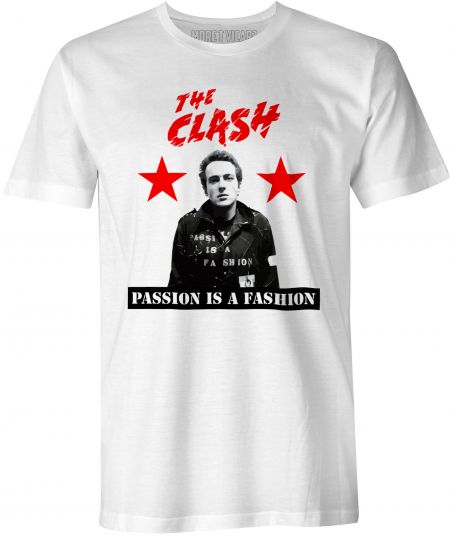 The Clash - Passion is a Fashion T shirt.

The Clash were an English punk rock band that formed in 1976 as part of the original wave of British punk. Along with punk, their music incorporated elements of reggae, dub, funk, ska and rockabilly. For most of their recording career the Clash consisted of Joe Strummer (lead vocals, rhythm guitar), Mick Jones (lead guitar, lead vocals), Paul Simonon (bass guitar, vocals) and Nicky "Topper" Headon (drums, percussion). Headon left the group in 1982, and internal friction led to Jones's departure the following year. The group continued with new members, but finally disbanded in early 1986.