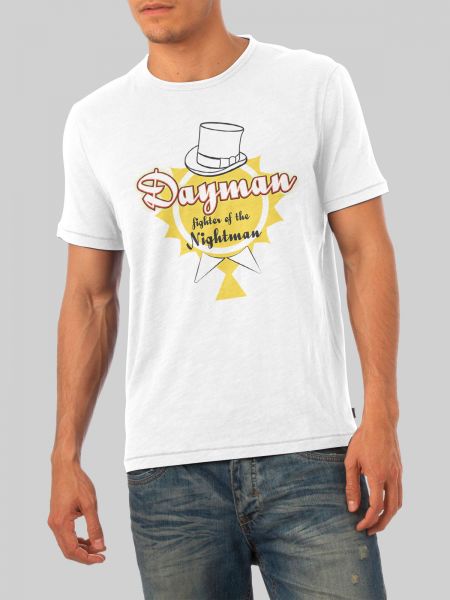 Are you watching 'It's Always Sunny in Philadelphia'? You probably should be!

Dayman was Charlie Kelly's second serious attempt at writing music following The Nightman. It was inspired by Dennis ripping down Charlie's curtains (which Charlie had closed so he could live in "a world of darkness" while huffing silver spray paint). When performed by Dennis and Charlie, the crowd at Paddy's booed, called it gay, and threw food and drinks at Dennis and Charlie.