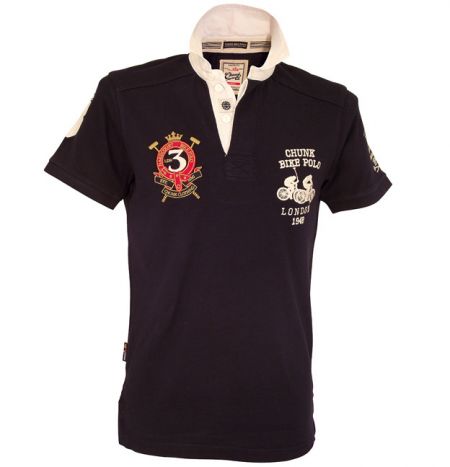 The games roots go back to 1891 when Bike Polo first appeared in Ireland, believed to be invented by Richard J. McCready. Chunk Clothing has been involved in the Hardcourt Bike Polo since the first UK league began in 2008 and sponsors teams around the world. The Players Heritage Polo shirt is a true players piece with woven collar, webbing placket, double layered shoulders, and it is a fantastic piece of kit with Embroidery to back, arms and chest. This is the real gear.